Home / Uncategorized / Inside a Wondersmith: Dave

So it all began aged 5 or 6, sat at the top of the stairs, long after bedtime, listening to my mum play Beethoven’s Moonlight Sonata. I remember thinking “music can’t get better than this” beautiful, tense, delicate, powerful, emotional – simply perfection. It stirred something inside me – I made a real connection with music that night, turning it from being something I heard into something I felt.

Here’s a teenage Asian with a funny name playing it:

I was fortunate enough to be surrounded by music and aged 6 I took up the recorder (Check out our WonderVlog where I play… I can still remember about 7 notes!!).

Playing the recorder didn’t ‘release me’ the same way hearing the piano did, but looking back I remember some key discoveries whilst playing the recorder, for example I found that if one half of the recorder group played ‘Good King Wenceslas’ whilst the other played ‘Au Clair de la lune’ it would ‘sound nice’. Sure I didn’t understand why (each line acting as a counter melody to the other, providing mainly diatonic harmonies and dominant to tonic cadences), but I felt that it would fit. Whilst playing the recorder I also got a feel for entertaining people with music – performing ‘little bird’ in stereo (two recorders in my mouth, right and left hand playing in unison), as well as playing ‘Greensleeves’ in one breath!

Aged 7, I was selected to play violin, I never got good at it, but it enabled me to be part of hundreds of ensemble performances, and helped me to learn an important lesson many guitarists never have the chance to – understanding the value of playing an instrument that contributes to the overall sound of an orchestra a kind of “You’ll notice me if I don’t play” mentality. This helps with songwriting now – it’s never been ‘all about me or my guitar part’ (like other guitarists I’ve come across), my ego is firmly rested in the overall sound of the band. Aristotle once said “the whole is greater than the sum of its parts”.

Aged 8 is where I can pinpoint the start of developing a tool that separates me from 99% of the musicians I’ve come across in my life. I hadn’t started piano lessons, I hadn’t even been shown the notes on the keyboard, but I taught myself to play Pachelbel’s ‘Canon in D’ (the one everyone has at their wedding!) using two hands – covering the melody and a basic harmony / bass line. It probably wouldn’t seem significant to a lot of people (don’t people work out the theme tune to Eastenders all the time?!), but looking back, it’s right there… I heard something (we were playing in string orchestra), and I transferred what I heard from memory, to piano. I’ve gone on to develop and sharpen this tool ‘playing by ear’ so much so that I’m confident I can play any song I’ve ever heard. Sorry this is coming across as boastful, it feels easier to write than to actually say in person, but please feel free to test me next time I’m sat at a piano!

Aged 9 I started formal piano lessons (although by this time, I could already play a few things), which helped to develop my motor skills, as well as the discipline of reading music. I didn’t love playing the pieces set by the exam board – but I did love sitting the exams – a chance to show off ! I also LOVED playing the piano to wind my brother and sisters up!! Playing the ‘set pieces’ only filled a small hole, the goal for me was learning every oasis song written, and singing along to them.

Playing oasis (Don’t look back in anger, was a particular favourite), set me free from the constraints of playing ‘dots on a page’ (reading music), where I was playing an accompaniment that was different every time, but still right every time! It also released me to making music with other kids, and I remember performing in a few assemblies at middle school – again, any chance to show off what we could do was a win!

Scooting forward through middle and upper school, I was exposing myself to more music, and more people who also loved playing and making music every day; literally – I went to ‘music school’ on a Saturday and I regularly played piano or drums (self taught the spazzy way) in church on a Sunday! 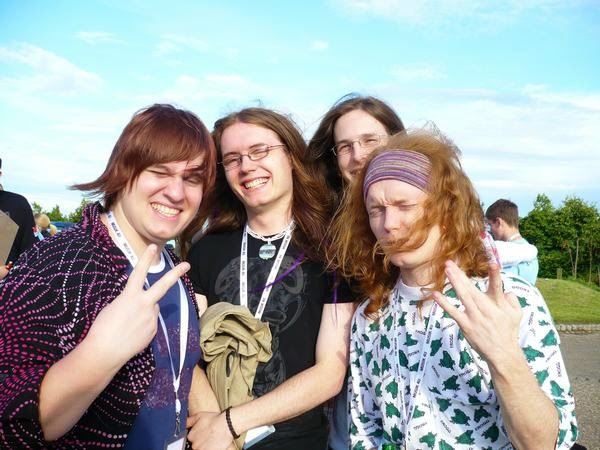 Aged 17 I joined my first band – ‘Granddad’s Van’ – named after the brothers Nick and Marc Golding’s Granddad’s Van – which we used to take us to our first ‘jam session’ in some office block out of hours. We were just four mates who wanted to consciously put some energy into creating and performing music. Here I learnt about creating music collaboratively, and band dynamics (brothers in a band was both awesome and totally crap!!). Although I never loved any of our songs, I loved hanging out with the guys and working towards goals of writing, recording and performing.

Aged 21 I graduated from Salford University with a first in music, with no idea what I wanted to do in life, other than make music!

Aged 22, really started learning the guitar (borrowing off my brother whilst he was living in New Zealand), I taught myself by ear, so I have some dodgy techniques that other guitarists cringe at, but I always get the sound and tone I want so whatever.

Aged 23 Granddad’s Van fell to pieces, leaving me emotionally exhausted and creatively frustrated. Sure I was still playing every now and then, but a lot of it was just for me or my family, there wasn’t anything ‘big coming up’.

Aged 24 and I needed to get a band together to play at my wedding. Instantly thought of my brother-in-law to be, Chris Horncastle, who had been singing with The Limits and multi talented Timmy Laismith – who can play just about any instrument going (we settled on him playing guitar and me playing bass!). We had a good time coming up with a few covers to play (Shining light, Play that funky music, Sweet home Alabama, Brown sugar, Mr Brightside etc) but it needed a drummer. After being let down by a Celery muncher, Chris recommended former band mate from The Limits, Oli Franklin. At first I wasn’t sure because he kept on going on about being a ‘metal drummer’ and he couldn’t work out where to come in on The Cure’s ‘Friday I’m in love’. But once he settled into his rhythm, he held his own.

A few months later one Chris, Timmy and I decided to form The Wondersmiths, which instantly enthused Chris and I to start getting together a couple of nights a week and write music. In the space of about 8 weeks we had written 10 songs – including – Free, Roll The Dice and I Quit.

After a few line up changes (including, Nick and marc from old band Granddad’s Van) and with Timmy moving to Seattle, we came to how it is today – myself, Chris, Oli and Alex Kaltio (son of Finland’s answer to Eric Clapton, Timo Kaltio). Together we are shaping music history, if only at grassroots level right now!

As a band we share the same passion for creating and performing music. We love the buzz you get when an audience sings your song back to you. And although we’d do it for free, we feel so fortunate to get paid for doing something we love. 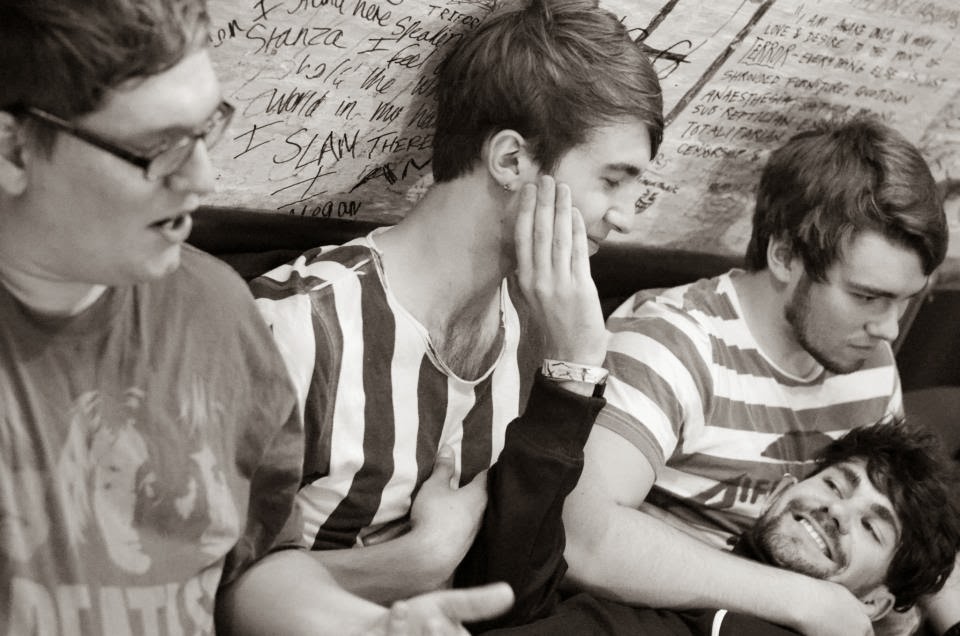 My personal dream is that one day, a song I’ve written will recreate ‘that moment’ for other naughty boys staying up past their bedtime, encouraging that same passion and desire I felt all those years ago discovering a world of possibilities in music.

If you made it down this far – thanks for reading! I’d be fascinated to read about what inspires you, and if you recall the very first encounter you had with it! 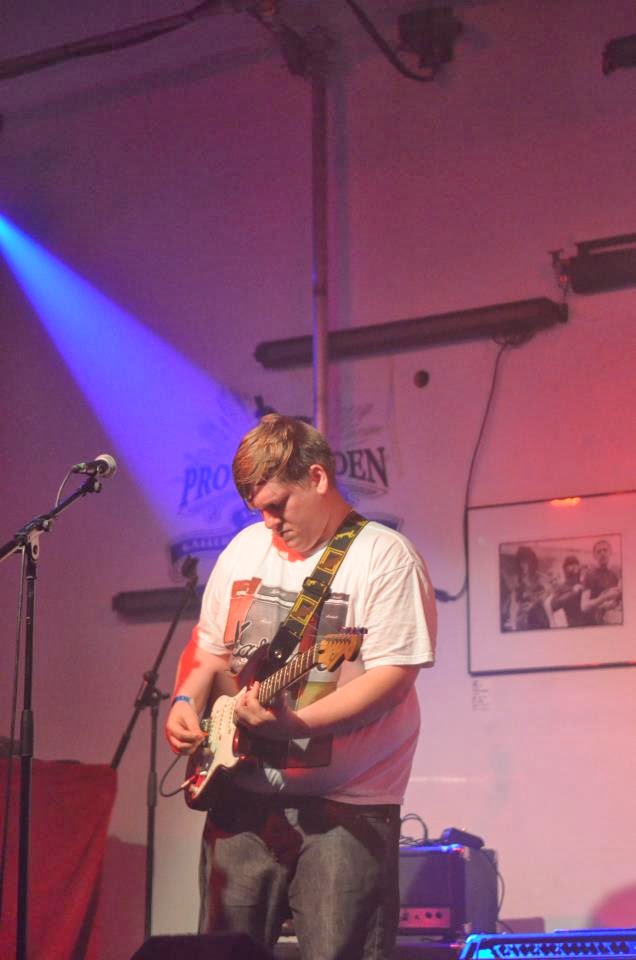 The Wondersmiths. All Rights Reserved
RokoPhoto Lite powered by WordPress